Once upon a time there
lived a little girl. Her name
was Hilda. She had very pretty
golden hair. She lived with her
grandparents near the forest.
One day she went to the
forest to pick flowers for her
grandmother. She picked
some pretty flowers. When
Hilda wanted to go home, she
couldn’t find the way. She
walked on and on and at last
she saw a house. She went
into the house. There was
nobody there. She saw three
chairs at the table. She sat down on the biggest chair, but it was very
big for her. The smaller chair was big for her, too. Hilda sat down
on the smallest chair. She liked it best. Then she saw three bowls of
soup on the table. She tasted some of the soup in the big blue bowl,
but she did not like it. She tasted some of the soup in the smaller red
bowl, but she did not like it, either.
Then Hilda took some soup from the smallest yellow bowl. She liked
it and ate all the soup from the bowl. Then Hilda saw three beds. She
26
climbed into the biggest bed. It was too
big for her. She did not sleep there. Hilda
did not like the smaller bed, either. She
got into the smallest bed. She liked it very
much. She was very tired and soon fell
asleep. It was the house of three bears. 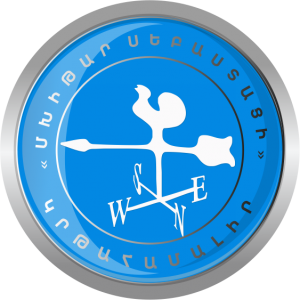 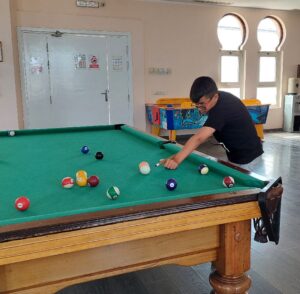